Nuxt Performance: A common error that can cause a 2.5 seconds difference in load time

Quick post just to share my findings. So I've been working for a while now in improving the company's website performance. And I always knew that the SSR vs. CSR difference error caused a performance issue, but the I thought that the difference I found was impressive nonetheless.

What is the SSR vs. CSR difference error?

If you know what I'm talking about, you should really skip this section. Anyway, this is the way I generally refer to the following error.

This error happens when the HTML that the server has generated, differs from the HTML that the client Vue.js library wants to generate. Sometimes it's due to invalid HTML like the error message suggests, but sometimes it happens because we are stupid and we make mistakes. Most of the time I encountered this error, the reason was the latter.

An example of stupidity that we can commit: if we have a div and we want to display that div in mobile, but not in the desktop, and we decided to use v-if for doing so, we will most definitely run into this error.

In this case, when executing on the server, as the window has no value and as such, the server renders this template with displayPagination returning true. But when this code gets to the client, it runs displayPagination again, and returns false, because it's running on a desktop (and so the window.innerWidth is bigger than 480).

The difference in performance

So, when this error happens (as far as I am aware), what the Vue.js in the client does is: recalculate everything and regenerate the DOM based on what it thinks is correct. This wastes precious startup time that should have been already done by the server.

Ok, so I always knew that this happened and always said "hey, don't ignore this error as it's bad for performance", but I had never measured the actual difference it makes... until today, and here are the summary: 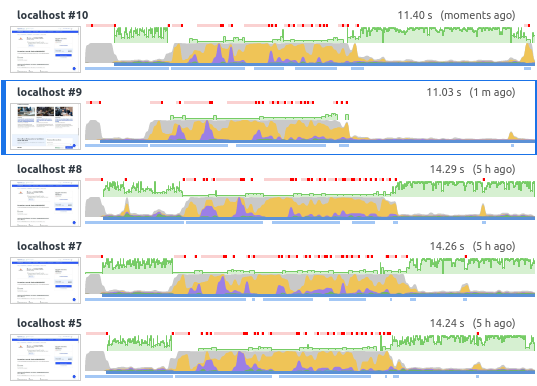 That being said, the measured site already has a poor performance, and I'd be willing to bet that the impact of this on a more performant website will be less then 2.5 seconds, but the point stands, it is very important to fix this problems and I'm gonna start linking people to this article when I see this error on code review haha.